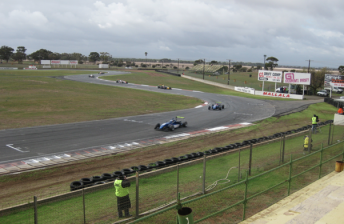 A state motor racing competitor has been been killed at Mallala Motorsport Park today.

The driver was competing in a Honda Civic in the Improved Production class at the South Australian State Motor Racing Championships.

The Civic slammed into a tyre wall at the north end of the circuit. The driver died instantly, police said.

According to the authorities, investigations into the circumstances of the crash are underway.

The remaining events of the state race meeting has been cancelled.