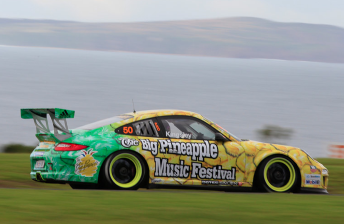 Matt Kingsley will continue in the Porsche City Index Carrera Cup Australia after being awarded the drive of the Guest Car at the upcoming Townsville round.

Kingsley raced in two of the opening four rounds of the season, displaying impressive pace in both, however a continued program was stalled due to a budget shortfall.

After impressing Porsche management in his two outings, Porsche Cars Australia has handed Kingsley the drive of the Guest Car for the Townsville round, easing the budget required to allow the Queenslander to compete in his home state on July 6-8.

“Matt is a talented young driver, but he unfortunately lacks the funds to compete in the championship full-time,” said Porsche Cars Australia Motorsport Manager Jamey Blaikie.

“After performing exceptionally well at the Adelaide and Phillip Island rounds we decided to reward him for the round in his home state.”

Kingsley began his Porsche racing career in the Carrera Cup feeder series, Porsche Staff Solutions International GT3 Cup Challenge Australia, where he was crowned champion in 2009 and raced in the category up to the 2011 season before moving on to select Carrera Cup events in 2012.

Kingsley has not yet raced on the Townsville track, however he is looking forward to the challenge.

“I’m definitely excited to step into the Guest Car at Townsville, especially when you look at the calibre of drivers who have raced in that car previously – including Mark Skaife and Heinz-Harald Frentzen,” said Kingsley.

“It will be great to race in my home state. Hopefully we can drum up some Queensland support and show the Blues and the Mexicans [New South Welshmen and Victorians] how it’s done. The Townsville event always has a great atmosphere and the weather should be great – typical of Queensland. We’ll go out there and try to do our state proud.”

The Townsville round marks the start to the second half of the 2012 Porsche City Index Carrera Cup Australia season, with the one-make sports car championship to hold three races over the three-day event.