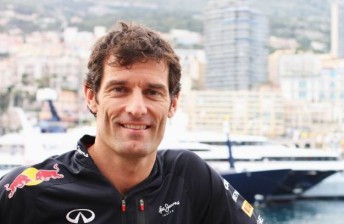 Australian drivers will start from the front-row of the grid for three of the world’s biggest motor races today.

Webber recorded the second fastest time in the session, but will start from pole thanks to a pre-existing five-place grid penalty for fast-man Michael Schumacher.

The race will be the first Monaco Grand Prix for Webber’s fellow Australian Daniel Ricciardo, who qualified 16th.

Meanwhile in the United States of America, Ryan Briscoe will become the first Australian to start from pole position in the 96-year history of the Indianapolis 500.

Birscoe’s Penske Racing team-mate and countryman Will Power is also expected to contend for the victory from his fifth place starting slot.

Penske has won more Indianapolis 500s than any other outfit, and is undefeated over the four races held so far in the 2012 Izod IndyCar Series.

Immediately after the open-wheel classic in Indiana, former V8 Supercars Champion Marcos Ambrose will line-up second for the longest race of the NASCAR Sprint Cup Series – the Coca-Cola 600 at Charlotte Motor Speedway.

Ambrose, who is yet to win an oval race in any of NASCAR’s three tiers, starts alongside Richard Petty Motorsport team-mate Aric Almirola.