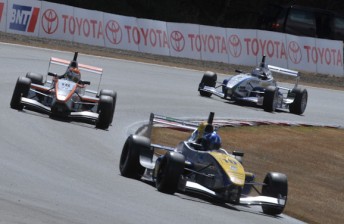 The TRS will again run a compact schedule

The calendar of events, which will host categories such as the Toyota Racing Series and NZV8s, was confirmed at Motorsport New Zealand’s recent annual general meeting.

The revised calendar will see the season kick off at Taupo in December, slightly later than its traditional starting point, followed by five consecutive weekends in January/February.

Ruapuna has not been listed on the provisional calendar, but is still being considered in addition to, or instead of, one of the events stated.

See below for the provisional Premier Race Championships calendar