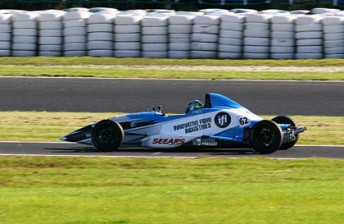 Matthew Hart has taken victory in the first of three Australian Formula Ford Championship races at Phillip Island this weekend.

Karting ace David Sera was the only casualty in the race due to a sticking throttle. The Coates Hire-backed driver retired from the race.