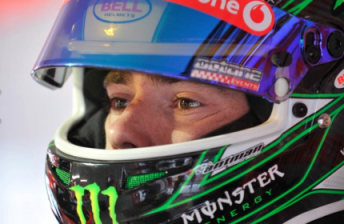 The two practice sessions allow Sandown and Bathurst co-drivers the opportunity to get extra laps behind the wheel of their respective cars.

Pye has been linked to the iSelect Commodore alongside Taz Douglas. The team is yet to make an official announcement.

Pye is amongst a raft of endurance drivers getting seat time at Phillip Island.

The Holden Racing Team and Kelly Racing has listed their co-drivers as ‘TBA.’

HRT is expected to retain an unchanged line-up of Nick Percat and Cameron McConville, while Kelly Racing is set to announce its driver line-up in the coming days.

At Dick Johnson Racing, Jim Beam-backed drivers Steve Johnson and Dean Fiore will be without their co-drivers Allan Simonsen and Matt Halliday due to clashing commitments.

Craig Lowndes’ team-mate Warren Luff is also missing from action due to his drive with Audi at this weekend’s Nurburgring 24 Hour. Jamie Whincup’s co-driver Paul Dumbrell has been cross-entered and could drive both the #1 and #888 Commodores during the two sessions.

See below for the official list issued by V8 Supercars this evening.