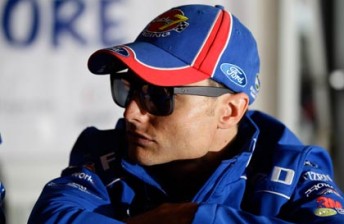 V8 Supercars driver Tim Slade will take on a new challenge later this month when he competes in the Brakes Direct International Rally of Queensland.

The Lucky 7 Racing driver will drive a factory-prepared Polaris RZR XP as part of the Australian Side-by-Side Rally Challenge on the narrow and winding forestry tracks of the Sunshine Coast. 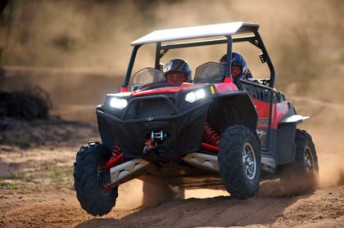 Slade, currently is eighth in the V8 Supercars Championship standings, says he is looking forward to the change of scenery.

“It looks like a hell of a lot fun,” Slade said.

“The only other thing I have driven on dirt is a sprinter in Adelaide a couple of years ago, but I love racing in general and I’m looking forward to being involved in the whole event.

“The Polaris RZR is quite a fast machine. I’ve watched a lot of footage from the last round in Western Australia and they look quite fun.

“I guess the biggest difference is going to be understanding how a rally runs – but I’ll lay it all on my co-driver.”

The Brakes Direct International Rally of Queensland will be held on May 25-27.