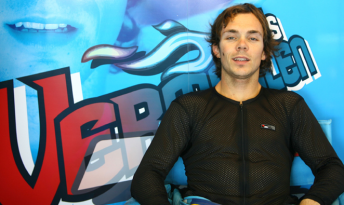 Australian Chris Vermeulen will make a return to MotoGP in the next round at Le Mans.

Vermeulen has one MotoGP race win to his name, plus seven podium finishes. The 29-year-old has also taken pole position three times.

In 2010 and 2011, he competed in the World Superbikes with Kawasaki, although he sat out most of the 2010 season due to injury.

Meanwhile, the injured Edwards was operated on yesterday afternoon at a hospital in Barcelona by Doctor Mir who had previously treated Edwards for injuries he sustained during a free practice session at the Catalunya Grand Prix last season.

Edwards says the surgery was a success.

“Doctor Mir and his team have done a great job,” Edwards said.

“They were the ones that took care of me the last time. The surgery was really quick. I’m feeling great, still a little dizzy from the anaesthesia but feeling all right. They put a block on the side of my neck so it’s feeling a little numb.