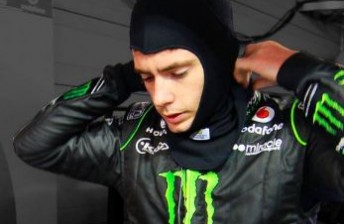 With dry conditions greeting the drivers this morning, Pye all but matched Andrew Thompson’s Barbagallo qualifying lap record from last year to score pole with a 56.97s lap.

Pye’s time was set seconds before a red flag period that was called when Brett Stewart spun his Commodore into the Turn 6 sand trap with five minutes remaining.

Earlier pace-setters Walsh and Mostert remained in the pits when the session resumed, while several others failed in their last gasp attempts to knock-off Pye’s time.

Pye himself came closest to the benchmark – recording a 56.98s before returning to the pitlane.

The first of three Dunlop Series races for the weekend will kick-off at 1130 local time.