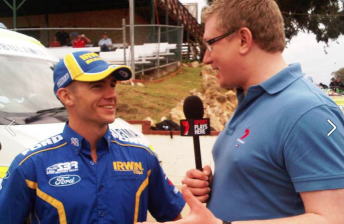 Network Seven has changed its V8 Supercars commentary line-up ahead of this weekend’s Tradingpost Perth Challenge at Barbagallo Raceway.

Noonan, who has called the support race classes for the past six years, will fill Beretta’s role in pit lane alongside Mark Larkham.

Noonan will have his work cut out for him this weekend, with Seven’s coverage including four ‘as-live’ support races. On top of his pit lane reporting, he will call the Australian Superbikes and V8 Utes on Saturday, followed by Carrera Cup and the Dunlop Series on Sunday.

Seven’s broadcast of the V8 Supercars and its support events will be split over its primary channel and 7mate. Check your local guides for full telecast details.

The Tour de Cure raises funds for a cure to cancer.