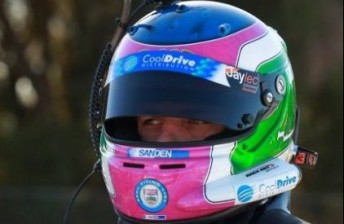 The Matthew White Motorsport driver lapped the 2.42km venue in a best time of 58.05s to end the session 0.08s quicker than second placed Chaz Mostert.

The 40 minute session was held on a drying circuit following rain this morning.

Dale Wood caused the only red flag of the session when he spun his Greg Murphy Racing Commodore into the Turn 7 sand trap prior to the halfway mark.

A second practice session for the Dunlop Series will follow later today.

See below for the full Practice 1 result.