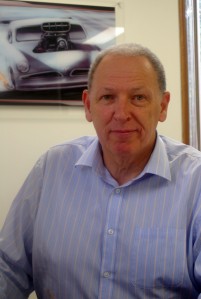 Australian National Drag Racing Association Chief Executive Officer, Greg Humphreys has unexpectedly stepped down from his office, citing health issues as the motivation for his decision.

Since joining ANDRA in December 2010, Humphreys was promoted to the role of CEO in July 2011 following the departure of long serving CEO, Tony Thornton. Humphreys has accepted a consultancy role to the organisation throughout the transitionary period.

In the interim, current Commercial Manager for ANDRA, Rob Sharp will step into the role of CEO while a national search for a replacement will commence. It is anticipated the new CEO will take office around July/August.

“Greg has done a fantastic job in his short time with ANDRA and it was with great reluctance that we accepted his resignation. We wish him all the best; health always has to come first,” ANDRA Chairman, Liam Waldron said. “We are glad that Greg has taken up our offer of a consultancy to assist the interim and new CEOs, giving the members of ANDRA business continuity.

“We are thankful to Rob Sharp for moving into the interim CEO role and with his already advanced knowledge of the sport and the organisation he will be able to hit the ground running. We remain focused on the forward vision.”

Humphreys – who was instrumental in the formation of the Adelaide team in the ANZ Netball Championship – had been making some progress in getting professional drag racing back on track after a challenging period.