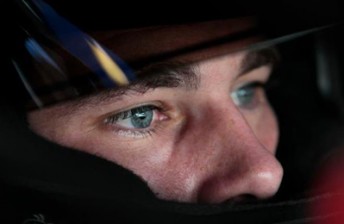 Shane van Gisbergen is hopeful of remaining with Stone Brothers Racing beyond this year.

The Kiwi star’s current two year deal expires at the end of this season, and the 22-year-old is seen as one of the fastest and most experienced drivers with no contract in 2013 and beyond.

With Nissan’s presence in the driver’s market likely to shake up the grid next year, van Gisbergen could be a wanted man, but the SP Tools driver says he is yet to see a reason to change teams.

“Hopefully, something will happen for next year. We’ll wait and see,” van Gisbergen told Speedcafe.com.

“There’s not too much on that front at the moment. Yes, my deal runs out at the end of this year, but I’ll just keep doing what we’re doing, keep getting the good results and it will sort itself out.

“It’s only April, but I suspect it will play out pretty quickly.

“It would be pretty cool to carry on with Stone Brothers. Everything is pretty good here at the moment and I don’t see any reason why that will change.”

For ‘Van Giz,’ loyalty is important, but not totally essential.

“You have to be loyal to some extent, but you have to also give yourself the best opportunities as well,” he said.

“Ross and Jimmy gave me a big shot to bring me over in 2007. I’ll be forever grateful for that.”