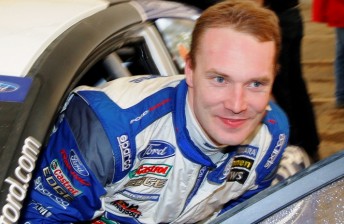 Jari-Matti Latvala is out of this month's Rally Argentina

Ford World Rally Team star Jari-Matti Latvala has been injured in a training accident and is out of the Rally Argentina at the end of this month.

Latvala broke his left collarbone while cross-country skiing in the Lapland region of his native Finland.

Ford has confirmed that he has undergone surgery to have seven metal screws inserted into his shoulder. The Blue Oval also pointed out that cross-country skiing was part of Latvala’s regular training regime.

Ford World Rally Team director Malcolm Wilson said a replacement would be made this coming Monday.

“My first concern has obviously been Jari and how best to get his situation resolved so it’s right for him,” said Wilson.

“Now we have taken the decision that it’s best for him to miss Argentina so he’s 100 per cent fit for the Acropolis, one of the most difficult rallies in the championship, we will look at his replacement for Argentina although we’re not currently in a position to make an announcement until Monday at the earliest.”

“Finding a replacement won’t be an issue but you have to remember a driver of Jari’s ability is very hard to replace,” said Wilson.

One of those drivers could be Australia’s Chris Atkinson. This would be unlikely as he would need clearance from his MRF Skoda team, which has a conflicting Asia Pacific Rally Championship round in New Caledonia on the same weekend. Heading the more likely candidates is Estonian Ott Tänak, who has been driving a privately entered Ford Fiesta in 2012 and has next to no sponsor conflicts.