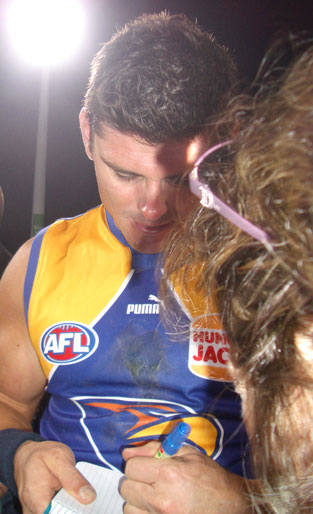 Renowned for his hardness at the ball with the Perth-based AFL club, Wilson will drive the #60 Porsche Guest Car following on from German former F1 ace Heinz-Harald Frentzen’s stint at the wheel during the Australian Grand Prix in March.

“It’s still quite surreal thinking I’ll be on the Carrera Cup grid. I don’t think it will sink in until I’m on the start line staring at the lights,” said Wilson.

“It’s much like my first AFL game where I ran through the banner towards the three-tiered stand at the other end of the field with 60,000 people screaming and cheering.”

“For me, it was a very strange feeling being around guys like Glen Jakovich, Ben Cousins and Daniel Kerr on the same field.

“Last year I was sitting on the couch watching Carrera Cup on television and now I’m actually going to be on the grid. It will be a bit of a déjà vu feeling for me.”

“It’s almost a little bit intimidating due to the fact that it’s so different from what I’ve been doing in the past, not only from AFL but also sprint cars and tarmac rallies. 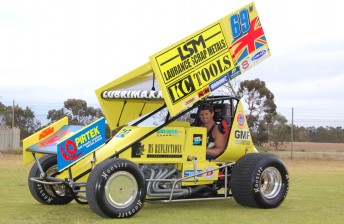 His impressive record in the Targa West rally has seen Wilson pick-up class wins on the event and overall fastest stage times against the likes of greats such as Jim Richards.

Wilson added that contesting the Carrera Cup will be a completely new experience for the seasoned sports star.

“I’ve got my head around the Barbagallo Raceway circuit; I’ve done plenty of laps there in the past. If I get my head around sitting on the other side of the car and the sequential gearbox, I should be alright.”