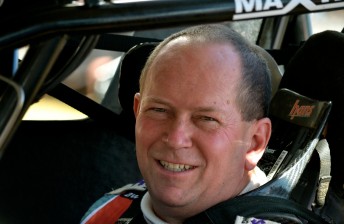 Triple Australian Sprintcar Champion, Max Dumesny is preparing for one of the toughest challenges in his life, a trek along the Kokoda Trail to raise money for children’s charity Bravehearts.

On August 25, Dumesny will set out with a group that is attempting to lap the 96 kilometre Kokoda Trail in 96 hours.

“A friend of mine told me she was doing Kokoda and the way in which she planned to do it just really struck a chord with me,” said Dumesny. “I’ve always had an interest in Australian war history and the idea of doing the trek had appealed to me for a while.”

Bravehearts is dedicated to raising awareness around sexual assault in children and its founder, Hetty Johnston is a high profile campaigner and media spokesperson surrounding issues relating to child sexual assault.

“I think with the various people and companies throughout motorsport we can get some support and reach that goal,” Dumesny said.

The 52-year-old Sydney-sider – who has competed at the pinnacle of Australian and international Sprintcar racing for near on 30 years – isn’t taking the challenge of the Kokoda Track lightly.

“I’ve been talking to people who have done Kokoda and getting an idea of what’s required to be in the best possible condition for this trek,” he commented. “I know it’s going to be hard work – but I also know it will be very rewarding.”

To donate to Dumesny and the Bravehearts team’s Kokoda Challenge, CLICK HERE to visit their campaign site and choose Dumesny’s account when making a donation.