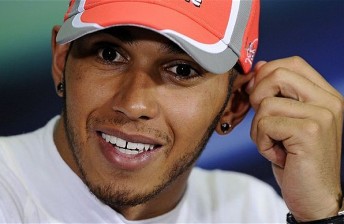 In a session that was conducted in damp conditions with intermittent rain falling, Australia’s Mark Webber managed a time sixth quickest for Red Bull Racing and Daniel Ricciardo finished his first Chinese practice session within the top 10 in ninth aboard his Scuderia Toro Rosso.

There were no problems for Lotus F1 Team’s Kimi Raikkonen despite setting the final time of the field. The team reports it elected to send Raikkonen out on a set of intermediate tyres and obtain learnings on a damp race circuit.

Ferrari hasn’t struck back with any amazing form, sitting outside the top 10 – World Championship leader Fernando Alonso in 11th and Felipe Massa 12th.