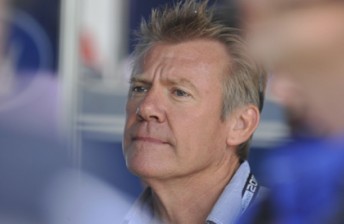 Charlie Schwerkolt has been a silent player in the V8 Supercars Championship for the past 18 months.

The former co-owner of Dick Johnson Racing went through an ugly bust-up with the legendary team at the end of 2010. In fact, the split between the pair was formalised on the weekend of the 2010 Sydney Telstra 500 – the weekend that James Courtney wrapped up the championship for the team.

The split saw Schwerkolt retain ownership of the #18 REC, but signed a two-year lease deal with DJR.

At the end of this year, the lease runs out, and Schwerkolt is set to move on and run his own team.

Speedcafe.com’s Grant Rowley spoke to Schwerkolt about his plans for 2013 … 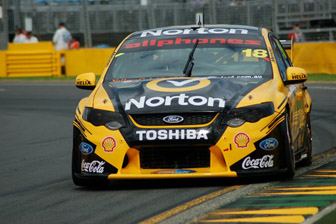 SPEEDCAFE: At the end of this year, you’re two lease deal with Dick Johnson Racing comes to an end. Under the Racing Entitlements Contract rules, you either need to run your own entry, or sell your REC. You are not permitted to lease your REC again. From your position now, where are your future plans at?

CHARLIE SCHWERKOLT: You’re dead right. I either have to use the REC myself, or sell, and you can rule selling out. I’m really looking forward to going back to racing.

There’s lots of options on what we can do. I’m going through all of it at the moment and formalise a good plan for 2013.

SPEEDCAFE: There would be a lot of teams interested in speaking to you and trying to do business. Given the asset you have, are you a popular man in pit lane?

SCHWERKOLT: I think so! I’ve tried to keep my nose clean and I have been talking to most teams, nearly everyone. I’ve looked to see where my options are, and there are certainly some terrific options out there – really good ones. There’s two or three really good ones.

SPEEDCAFE: Out of all of your options, the one thing that looks certain is that your REC won’t be with DJR next year. Is that a fair comment?

SCHWERKOLT: Yeah, you’re right. I could do a similar thing like the Fiore’s have done and run that sort of deal, but that won’t be happening. The relationship is not quite there, and we’ve moved on, so that’s that.

SPEEDCAFE: There’s been chat about you taking your REC to Ford Performance Racing to run a fourth car, and there’s been chat about you joining a customer team, like Tekno Autosports, for example. I’m sure you’re not about to tell me exactly what you’re doing, but do you have a preference about what sort of team you’d prefer to link with – a factory squad or a private organisation?

SCHWERKOLT: I’ve looked at all the options, and obviously there’s plenty of good options there. The one you mention (FPR), we’ve certainly spoken, but I’ve been speaking to a lot of people. I’ve locked nothing in just as yet, but it certainly is getting closer. I would like to have something locked away by May. I have to order a car for the new regulations, so I have to more on. Time is of the essence.

We’re on the back straight for getting all of that done.

SPEEDCAFE: With the Car of the Future coming on next year, has that brought forward the need to lock in a technical partner for you?

SCHWERKOLT: That’s right, you could usually do your deal in December or January and sign at the last minute, but I have to do it early and get all of my plans in place. Car of the Future has definitely brought that all forward.

SPEEDCAFE: Have you enjoyed your two years off? Having been involved with the championship-winning team in 2010 (James Courtney and DJR), but not actually being ‘with’ the team on that day, have you simply enjoyed being a spectator, rather than on the coalface within a team?

SCHWERKOLT: I’ve enjoyed it. Last year was a little hard, it did my head in a bit, but I’m over that now. Life has moved on since 2010. I’m enjoying this year a lot, seeing what’s going on, and I know I’m racing next year, putting plans into place. It’s exciting. It certainly hasn’t been a holiday, as I have my main forklift truck business (Waverley Forklifts). We’re excited to get back into racing.

SPEEDCAFE: Having missed out on that opportunity to properly celebrate a championship in 2010, do you feel you are owed one, or you need to win one now?

SCHWERKOLT: Look, I think I’ve got a lot to offer the sport. The sport has been cruel to me in a way, but I still love it and I see a huge future for V8 Supercars, with its overseas expansion, the Car of the Future. There’s some really big stuff for partners and sponsors to come on board. There’s a great platform available.