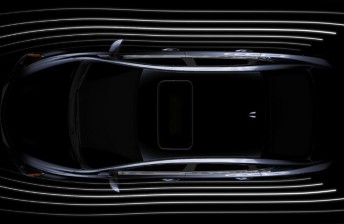 V8 Supercars’ quest to achieve parity between the Car of the Future offerings from Ford, Holden and Nissan could see its aerodynamic testing program conducted off-shore.

While the category’s previous aerodynamic parity work has been undertaken in open-air environments within Australia, the task of matching the smaller and sleeker Nissan Altima with the Falcon and Commodore body shapes has required V8 Supercars to review its procedures.

Speedcafe.com understands that a wind tunnel program is an option currently being evaluated. As Australia does not boast the facilities required for such a task, any wind tunnel testing would need to occur overseas, with a trip to the United States of America thought to be the most cost effective scenario.

The NASCAR-rich state of North Carolina boasts some of the world’s premiere aerodynamic research facilities including Aerodyn and Windshear, with the latter’s 290km/h rolling road having recently been used to develop the Nissan-powered DeltaWing Le Mans entry.

“We’ve got a great team of people with great expertise working on all areas of the validation and homologation on the Car of the Future, and aero is a part of that process,” said Howard. “We’re considering all of the options that are available to ensure that we get the right result in terms of parity.”

Although an expensive proposition, Kelly Racing and Nissan are both understood to be pushing for wind tunnel testing, with team co-owner and driver Todd Kelly describing the task of achieving aerodynamic parity as ‘critical’ for the reputation of his four-car operation. 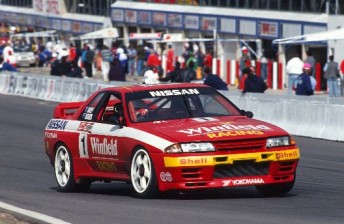 The technically superior Nissan GT-R dominated in the early 1990s

“For me, it’s absolutely critical that we bring this car into the category on par with its competitors,” Kelly told Speedcafe.com.

“We’re probably a lot further down the track with the development of the Car of the Future handling-wise then we are with the current cars, and if we get to a stage where we’re competitive with the car we don’t want the fans to be thinking that we’re getting results because we’ve got an advantage with the aero package.”

According to Kelly, Nissan is especially keen to ensure an indisputably level-playing field between the manufacturers in order to avoid a reoccurrence of the ill-feeling expressed towards the Japanese brand after it dominated Australian touring car racing with its technically superior GT-R in the early 1990s.

“They (Nissan) are pushing to do the aero testing in the most accurate way possible, and if that’s in a wind tunnel then they’d be absolutely pumped about that, because the figures can’t really be argued against if it’s done in that kind of environment,” said Kelly of the company’s position.

“They’re very sensible about that, and we’re all on the same page about the PR consequences if there were feeling that the car had an advantage. None of us want the situation we had 20 years ago back on our doorsteps.”

With the aerodynamic testing unlikely to occur for some months, it appears doubtful that Kelly Racing will attend the planned official COTF teams test at Queensland Raceway on August 6 – Kelly describing running a non-parity tested car as “irrelevant and potentially confusing”.

In addition to the build of the Nissan, the timing of the COTF aerodynamic testing could yet be affected by the need to homologate an updated VF model Commodore. Although a Holden representative downplayed to Speedcafe.com the chances of starting the season with a model that is not set to hit showrooms until mid-2013, ignoring the incoming face-lift could provide an undesirable situation for V8 Supercars in the medium-term. 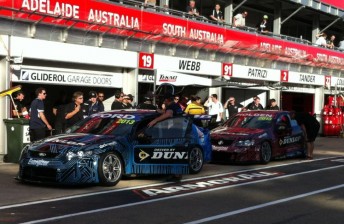 The Ford and Holden COTF prototypes

Meanwhile, the time-critical nature of the Nissan’s development process has seen V8 Supercars elect to provide input into the build of Kelly Racing’s first COTF, rather than create its own prototype as it did for Ford and Holden.

“It’s the biggest technical change we’ve had in 15 years, and it’s beneficial to have everybody in the one place working together closely to ensure we get every decision right,” said Howard of the move.

Alongside the aerodynamic testing, the finalisation of the COTF engine regulations remains a key task for the V8 Supercars brains trust. Nissan is understood to be developing its ex-FIA GT1 quad-cam VK56DE V8 for its COTF, while possible engine updates for Ford and Holden continue to be discussed.

CLICK HERE for Speedcafe.com’s previous story on the potential for new Holden and Ford engines

The Ford and Holden prototypes cars are expected to return to Queensland Raceway late next week, where further evaluation of Dunlop’s two soft tyre compounds will take place. The current brake package will continue to be used at the test ahead of the new system’s yet-to-be-confirmed track debut.