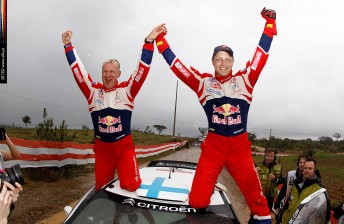 Mikko Hirvonen has been stripped of his Vodafone Rally de Portugal victory after officials found two issues with his Citroën DS3 WRC in post-event scrutineering.

The removal of the Finn gives Mads Østberg his first WRC victory from Evgeny Novikov and Petter Solberg all aboard Ford Fiestas.

The ruling not only means that Hirvonen loses his first win in the WRC for Citroën, but also the lead in the drivers standings. 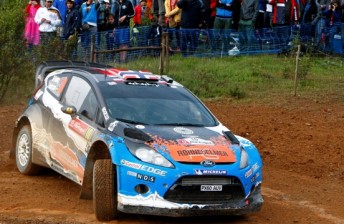 Mads Østberg the winner in Portugal

Citroën has released the following statement:

After completing the post-rally technical scrutineering, the Rally de Portugal Stewards were issued with a report from the FIA Technical Delegate which had identified differences in between the homologation sheet and two components on the No. 2 Citroën DS3 WRC.

After receiving representatives from Citroën Racing, the Stewards excluded Mikko Hirvonen and Jarmo Lehtinen, who had finished first.

Xavier Mestelan-Pinon, Citroën Racing Technical Director and Deputy Team Principal: “The scrutineers identified differences in between the homologation sheet and two components: the clutch and the turbocharger. The Citroën DS3 WRCs clutch mechanisms are homologated with lightening holes. Our supplier recently provided us with a batch of parts that were not perforated and one of them was fitted to the no.2 DS3 WRC. These parts don’t provide any gain in terms of performance, as they are heavier than those which are homologated. Regarding the turbocharger, which is a standard part on all World Rally Cars, the wheel turbine dimension exceed the maximum authorized. This difference comes from dilatation, as the wheel is subject to extreme temperature and rpm factors.”

Yves Matton, Citroën Racing Team Principal: “We had no intention whatsoever to cheat and the decision appears out of proportion. Given the fact that the reported differences didn’t bring us any advantage, we’ve decided to appeal. At the moment, most of all I feel sorry for Mikko Hirvonen and Jarmo Lehtinen, who produced a superb performance on a particularly difficult rally. They really deserved their first win with us. All I can do, on behalf of the entire team, is offer my sincere apologies for this situation. I hope that Mikko and Jarmo will have the chance to top the podium again very soon. ” 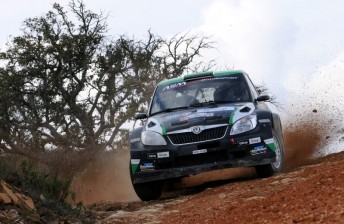 New Zealand’s Hayden Paddon took victory in the FIA Super 2000 World Rally Championship category, despite having to re-start the event after mechanical issues on the second day.

Yazeed Al Rajhi’s had a nine minute lead in his Ford Fiesta RRC, but his event ended in despair when a broken cross member forced him to retire on Sunday morning.

It handed first place to a shocked Paddon who scored his maiden win in the class as Maciej Oleksowicz and Pedro Meireles completed the podium.

“We wanted to come here to win, but we didn’t win it like we wanted to,” said Paddon.

“We’re happy though and I’ve always said to finish first, first you have to finish. There’s a lot more to come from the car and from me. We’re looking forward to New Zealand for the next round.”

Check out Hayden Paddon’s wrap of the final day