Hirvonen in control in Portugal

Hirvonen in control in Portugal 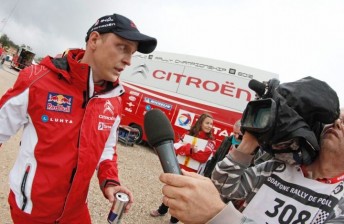 Mikko Hirvonen is in the box seat in Portugal

Citroen’s Mikko Hirvonen consolidated his lead at the Rally de Portugal as Ford driver Petter Solberg went on a charge back up the leaderboard.

After having to re-start under Rally 2 regulations, Solberg climbed from 13th to fourth before ending the day in fifth place after a power steering issue in his Fiesta.

It was a tougher day for his team-mate Jari-Matti Latvala, who also re-started the event after problems on the second day, as a fuel pressure problem cost him over 12 minutes and he ended the day in 18th place overall.

As the opposition struggled in the wet conditions, Hirvonen’s policy of driving fast without taking any risks in the event has paid dividends. He holds a 71-second margin over Mads Østberg, who slowed slightly on the final stage as he was concerned about unusual noises from his Adapta Ford, which turned out to be due to a loose sumpguard. Despite this scare, Ostberg remains half a minute clear of M-Sport Ford’s Evgeny Novikov.

Dani Sordo was quickest on the only afternoon stage that Solberg did not win, but remains 12th in the Prodrive Mini following his Thursday night electrical problems.

Australia’s Brendan Reeves has finished second in the WRC Academy section of the event and is nicely placed in the junior WRC championship having won bonus points for two stage wins. 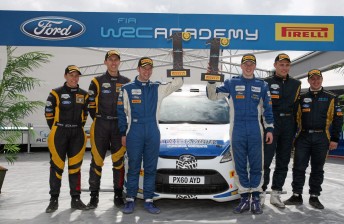 Ulsterman Alastair Fisher took the victory by 40.3-seconds from Reeves with Pontus Tidemand (Sweden) a further 75 seconds back.

“It feels so good to get this result,” said Reeves.

“The conditions have been tough and Alastair [Fisher] hasn’t made it an easy weekend for us. But with two stage wins and second overall we couldn’t be happier.

“It was a great rally for us and we couldn’t be on the podium with better people! We have had a lot of support to allow us to be here and it is all thanks to them. We now need to focus on getting more support to keep the momentum going for the rest of the season.”

The fourth and final leg of Rally de Portugal is based in the hills north-west of Faro and covers 115.08km of competition.