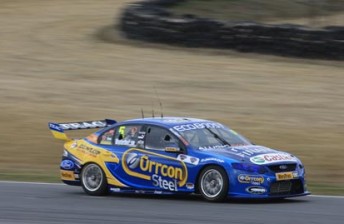 Will Davison displaced Shane van Gisbergen at the top of the order by setting a 51.50s lap with just over a minute remaining in the 20 minute session, before being pipped by Winterbottom just seconds later.

Van Gisbergen’s time, set on his first set of soft tyres, will see him start on the inside of the second row. The SP Tools Falcon driver had a difficult run on his second set of tyres, spearing off at Turn 2 on his first lap, before finding traffic on his final. 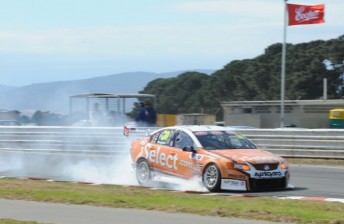 Douglas was another driver to set his best time at the midpoint of the session – the iSelect Commodore jumping to fourth on the time sheets with 10 minutes remaining.

While his final set of tyres were wasted with a lock-up at Turn 2, the V8 Supercars Championship rookie’s earlier effort was just 0.28s slower than the eventual pole time.

Qualifying was held in significantly different conditions to this morning’s practice, with a significant headwind having developed along the back straight.

Race 3 of the V8 Supercars Championship will get underway at 1610 local time.