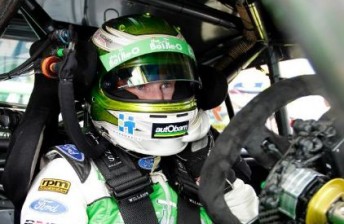 David Reynolds has set the pace in Practice 1 for the Tasmania Challenge at Symmons Plains.

Contested by the bottom 14 runners in the championship standings, The Bottle-O Falcon sat at the top of the order for the entire 30 minutes.

Reynolds set a best time of 51.85s on the penultimate lap of his fourth and final run to end the session 0.20s clear of Jonathon Webb.

The session was held in overcast conditions, with rain potentially on the horizon for later in the afternoon.

Practice 2 will get underway at 1410, where the entire field will take to the track for the first time.