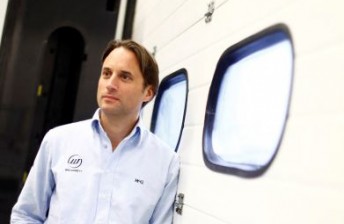 The Williams Formula 1 team has announced that its chairman Adam Parr has resigned, effective March 30.

Parr joined the teams as chief executive officer in 2006 before being promoted to chairman during the 2010 season.

The team has appointed current non-executive director Nick Rose as Parr’s successor, and will continue to be overseen by founder Frank Williams.

Williams expressed his gratitude towards Parr’s efforts for the team in a statement.

“I asked Adam to join Williams at the end of 2006 to support me in the running of our team,” said Williams.

“Over five years, Adam’s achievements have surpassed my expectations and I must thank him for his service.

“Not least for the decisive role he played in the technical changes made last year which are beginning to show through in the team’s improved competitiveness this season, and for leading this company to a successful IPO (Initial Public Offering).

“Adam leaves us on good terms to pursue a better balance in his life for which I wish him and his family well. He has left us in good shape and I have every confidence that the Board and senior management team at Williams will continue to drive the business forward into a promising future.”

Parr, whose future plans have not been made public, says he leaves the team in a strong position.

“I am very grateful to Frank for giving me the opportunity to work for Williams over the past five years – a period that has been both challenging and rewarding,” said Parr.

“Williams is a unique team with over 500 great-hearted and talented people and many superb partners in and out of Formula One. Williams is now set up to move forward and I wish everyone at Grove well.”