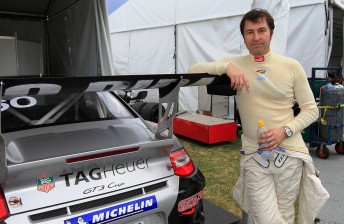 In the 1990s and early 2000s there were several Germans racing Formula One, these included Michael and Ralph Schumacher, Karl Wendlinger and Heinz-Harald Frentzen.

Frentzen started his Formula One career in 1994, driving for Peter Sauber and followed on to race with Williams, Jordan, Prost and Arrows in a career that spanned 10 years, 156 race starts, three wins and 18 podiums.

Some would say the prestige of racing for Williams, particularly in 1997 when teammate Jacques Villeneuve won the title and he broke through for his debut win, would be his stand out season, but a personality clash with Patrick Head meant it was one of his least satisfying years in the sport.

His finest moment came in 1999 driving for Jordan, alongside Damon Hill, where he won GPs in France and Italy and finished third in the championship.

Frentzen, throughout his entire life, has loved cars. His interest in cars quickly shifted to motor sport and racing, which has been his career since his mid-teens.

“I have to say that I loved cars when I was young, basically I helped my father to discover that I was interested in racing,” Heinz-Harald Frentzen explained to Speedcafe.com.

“I remember taking the mowing machine apart to put an engine on my kit car – with pedals – I was 12 years old.

“We couldn’t quite fix it on, it wrecked the mowing machine and I made a mess, so my dad thought it easier to buy me a go-kart and that’s how I got into it.

“I loved cars and knew that I wanted to go racing.”

Frentzen started racing go-karts and then progressed to Formula Ford, Formula Opel, Formula 3 and Formula 3000, enjoying everything he drove.

“I enjoyed every category,” said Frentzen.

“Go-karting, Formula Ford, Formula 3, whatever I was in, because in those days I never had much thought about whether I would reach the next level.

“I was keen on Formula One, but when I was racing go-karts I was just focussing on go-karts.

“Sure you sometimes think that racing in Formula One would be great but it’s so far away when you are a young driver.

“It was so difficult finding sponsorship and budget and doing what was needed to get to the next level.

“Every category was a challenge and I just concentrated on enjoying what I was doing.”

Frentzen admitted that the road towards Formula One was not an easy one; it was difficult, it took time and he had help from a lot of people.

“The way to Formula One for me was quite complicated,” said Frentzen.

“I had to sign a contract with my bank as I had to borrow money to do Formula 3.

“That year in F3 was fantastic, I nearly won the championship then we were picked up by Mercedes Benz.

“Unfortunately the money I was getting as a test driver was not enough to pay my F3 debts.

“It was successful, but I would only be able to pay my debts two years later, so I left the Mercedes Benz junior team to go for Camel sponsorship, which would also give me direction to F3000 which is closer to Formula One than sportscars.”

Frentzen got his first Formula One opportunity with Peter Sauber, who also gave him his second chance.

“I turned down an (F1) offer from Peter Sauber,” said Frentzen.

“I ended up in Japan; I was a works driver in F3000 and test driver for Mugen-Honda and Bridgestone.

“Sauber heard what I was doing so he gave me a second chance. He asked me to test in August 1993 and the test went so well that he wanted to give me a drive for 1994 in Formula One.

“I was thankful he gave me a second chance. The junior team with Mercedes Benz were looking after Michael at the time and Karl Wendlinger.

“They would have taken care of me in Formula One but I decided to go in a different direction.

“It was wonderful for Peter and Mercedes Benz to give me a second chance.”

Not long after starting his Formula One career with Sauber, Frank Williams was knocking on his door.

“Frank Williams came to me after three races,” said Frentzen.

“It was after Senna’s death and he tried to get me out of the contract with Sauber.

“For me it was not possible from a moral standpoint.

“Sauber was a young team with support from Mercedes Benz and I didn’t want to disappoint them by leaving.

“I ended up joining Williams after my contract with Sauber finished. I kept Frank waiting; he had to wait a long time for me.” 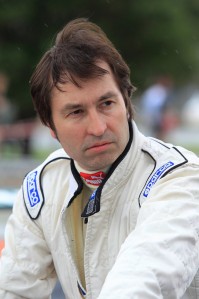 Having waited three seasons before moving to Williams, Frentzen had high expectations. He was with a leading team, in a top rated car and racing alongside a fast team mate in Jacques Villeneuve. During his tenure he won his first Grand Prix – at San Marino – and he came second in the championship, but he has no happy memories of his time there.

“It was a terrible year with Williams,” said Frentzen.

“It was sweet to win but it was not a thankful win.

“I was driving a top car and everyone expected you to win, so if you didn’t it was more than a disappointment for everyone.

“It was not a fantastic time with Williams; Patrick Head and I didn’t get along.

“We managed to get the championship (in 1997), which was crucial for the team.

“In the end they tried to keep the team together, but Adrian Newey and other people had left and Williams hasn’t been successful since.

“After my contract expired there was no way I was going to stay with Williams.”

While his time with Williams was forgettable, his years with Jordan were the most enjoyable of his career.

“It had been a struggle with Williams, with Jordan it was much more successful, it gave me a new lease on life as a Formula One driver.

“The highlight was the years with Jordan.

“I had a good car, my first few races with Jordan I came second in Australian, third in Brazil and fourth in Monaco.

“I also won the French and Italian Grand Prixs and at the end of the season we were close to winning.

“It was an exciting first year, then something happened, I don’t know what, but it was a beautiful time, exciting times.

“Jordan was special; I could prove myself again and was able to do that.”

Having driven for Jordan between 1999 and 2001, he rounded out his F1 career with Prost, Arrows and a return to Sauber, where he got his final podium – third in the US Grand Prix. 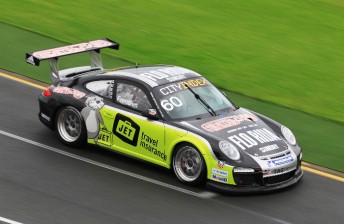 After leaving F1 at the end of the 2003 season, Frentzen spent a few season racing DTM before retiring from racing in 2006. After this he focussed on the development of his own hybrid race car.

“It was very powerful; these days we have KERS, the hybrid car was built to get maximum braking energy to use as a booster for acceleration.

“It had a massive electric motor on the front axle to get as much braking energy as possible and charge it in the battery.

“I built it, put the people together, and raced it in the Nurburgring 24-Hour race in 2008.

“I worked with the FIA and German motor sport authority to ensure we had a safe package.”

Having enjoyed Formula One success in Melbourne, where he placed third in 1998 and second the year after, Frentzen returned to Albert Park last weekend to race a Porsche and has more racing planned throughout the year.

“Racing for Porsche was a good chance to return Melbourne and bring my wife Tania,” said Frentzen.

“We like Australia very much, it was nice to be at the Australian Grand Prix, it is a wonderful event and it was a lot of fun driving the Porsche as well.

“I still love my racing, I will do a little this year, I’ll do the GT3 events.

“I’m no longer a full time driver but I would like to spend a little more time behind the wheel.”