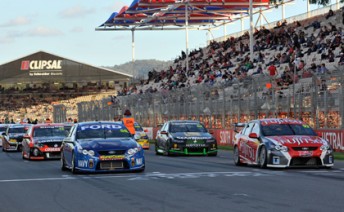 Having suffered through sub-standard pit conditions for the majority of the category’s 12-year existence, V8 Supercars is looking to take a serious stand on the professionalism of the class.

The first step that is being considered is to implement a driver and team’s lounge at the race track. While other categories have installed such luxuries, the Dunlop Series has noticeably been absent in that department.

Speedcafe.com understands that this matter, along with other ‘creature comfort’ ideas for its Dunlop teams, will be considered in the coming weeks.

Dunlop Series category representative Dale Rodgers says that discussions have began and could be in place before the next round in Perth. 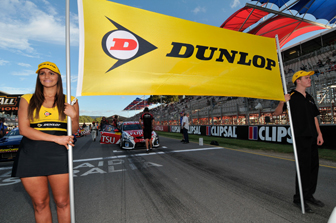 “Our main objective is to lift the quality of the paddock area of the Dunlop Series at every round,” Rodgers said.

“We have some initiatives that, hopefully, we’ll be able to roll out at Perth. If not for Perth, it will definitely be at Townsville.

“It will mean better facilities for the drivers, the teams and the crews, and getting some level of hospitality area ready for us.” Rodgers says this is a key growth area for the Dunlop Series.

“The fact that other categories have these facilities have been recognised,” he said.

“We’ve even found that some of our teams have used other category’s facilities to take sponsors to. It’s a key thing for us to upgrade.

“With Dunlop on board as the major backer of the series, the category is getting better, the quality of the field is better. We have to deliver that for teams, sponsors and fans as well.”

Another aspect that V8s will consider is the conditions that the teams are subjected to. During the opening round in Adelaide, rain prior to the event made the paddock a mud pit – an unacceptable work environment, according to Rodgers. “Adelaide was tough. Damien White (V8 Supercars operations manager) and the guys at V8 Supercars are speaking to the guys at the South Australian Motorsport Board about that,” he said.

“We’re expecting a report on that in the coming weeks.”

Regardless if the Dunlop Series teams have its own hospitality area at Perth, they will be guaranteed permanent, sheltered garages in the west, as opposed to the tents that they are generally housed in.

Rodgers accepts that each track has its own challenges to deal with.

“It’s a round by round proposition,” he said.

“We have to look at the logistics and facilities of each track that we go to and work out how to roll it out.”

“As a category, we need to lift our game,” said White, who fields a two-car team for leading drivers Tim Blanchard and Luke Youlden.

“We need to have a better ‘show,’ whether thats for our sponsors or teams, families or guests. It will give us a better overall image.

“Porsche Carrera Cup has led the way over the years. That’s not necessarily the level we are aiming at to start with, but it would get us halfway. It would be nice to have somewhere to go, keep an eye on the on-track activity, have a cup of coffee. Nothing serious, nothing more than that, but a nice quite place to go for people associated with us to go while we’re not racing the cars.”

The next round of the Dunlop Series will be held at Perth’s Barbagallo Raceway on May 4-6.