GALLERY: The Monster Marquee at the AGP

GALLERY: The Monster Marquee at the AGP 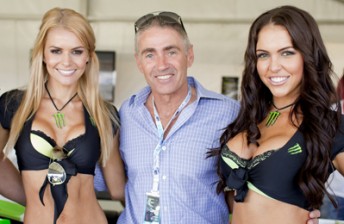 Mick Doohan with two of the Monster girls at the AGP

The Monster Energy Marquee was one of the most popular attractions at this year’s Qantas Australian Grand Prix.

The Monster Energy Truck was the happening place to watch the race and party, attracting several high profiled riders, drivers and sports stars.

Speedcafe.com was there with its camera to take some snaps of the girls with the celebrities and the fans at the Albert Park street circuit.

See below for images of the Monster girls, celebrities and the structure at the Australian Grand Prix.