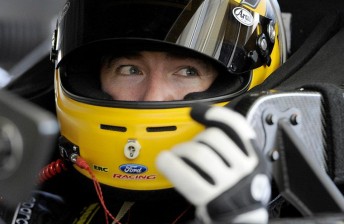 The deal between the Ford squad and Mac Tools will also see the #9 Fusion run in the brand’s colours at Kentucky on June 30, Richmond on September 8 and Dallas on November 4.

Mac Tools has been part of the NASCAR scene since 1985, and was taken over by Stanley Black & Decker – which also includes Ambrose’s regular backers Stanley and DeWalt – in 1980.

“Mac Tools has been an iconic brand in NASCAR for many years and I am honoured to have them on my car in select races throughout the year,” said Ambrose.

Ambrose currently sits 18th in the 2012 Sprint Cup Series after two of 36 races.