New call for V8 Supercars to return to Canberra 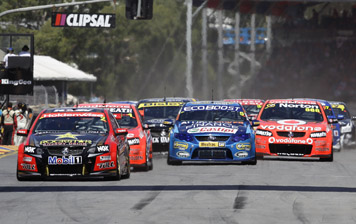 The V8 Supercars are being hunted to return to Canberra

There is a new call for V8 Supercars to return to the streets of Canberra.

The Accommodation Association of Australia is calling for the Australian Capital Territory government to look into the possibility of bringing the V8 Supercars back to race between the parliament houses, 10 years after the show was last seen there.

V8 Supercars and the ACT government originally signed a five year agreement, but the meeting only lasted three years (between 2000 and 2002) before the race was axed due to financial and environmental reasons.

The Accommodation Association of Australia says that a major event like the V8 Supercars would be a great way to ensure the accommodation industry in the region remains strong.

”It will also bring a media focus to the ACT. The V8 Supercars is one of the most watched events on television.”