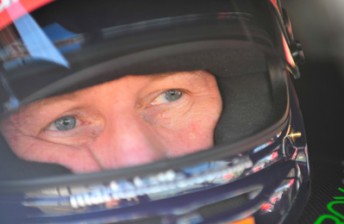 Mark Skaife will compete in Round 2 of the Porsche City Index Carrera Cup at Albert Park this weekend.

The Australian touring car legend has been entered into the all-Porsche class for the Albert Park event, which kicks off tomorrow.

It will be the second time that Skaife has raced in Carrera Cup, having competed as Porsche’s ‘Guest’ driver at last year’s Grand Prix support race. Skaife scored two fourth placed race finishes in his Porsche debut.

Skaife’s entry will be run by former V8 Supercars team owner Paul Cruickshank this weekend, while Dave Swenson will play the role of race engineer.

As was the case last year, cosmetics brand L’Oreal Men Expert will feature on the flanks of the orange 911 GT3 Cup Car.

Skaife’s return to the category might not be a one-off, either. Speedcafe.com understands that the six-times Bathurst 1000 winner may be in the frame to drive in more of the eight round championship during the 2012 season. 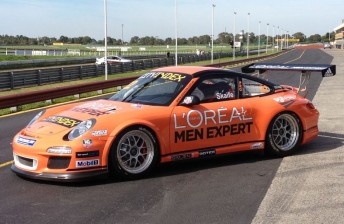 The L'Oreal Porsche in pitlane at Sandown

Skaife will shakedown the car he will drive at Sandown today before hitting the Albert Park track for the first time at 1440 tomorrow for practice.

“I really enjoyed my time in the Porsche last year, so it’s great to be back,” said Skaife at Sandown.

“My time in the Porsche last year was my first ever time racing a left-hand drive car, so it was a new challenge for me.

“It’s a really competitive field with a lot of Porsche specialists, so I’m really looking forward to it.”