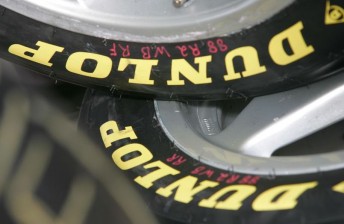 Tyre tactics are set to play a major role in deciding the winner of the V8 Supercars support races at this weekend’s Qantas Australian Formula 1 Grand Prix.

The racing format for the event, which is to be known as the MSS Security V8 Supercars Challenge, was announced last week, and will see drivers progressively eliminated from the opening ‘qualifying race’ until just 10 remain. Three conventional races, with a compulsory pitstop to change all four tyres in each, will follow throughout the remainder of the weekend.

The Race 2 grid will be determined by the result of Race 1, while the overall winner will decided on combined points from Races 2, 3 and 4, and receive $100,000 for their troubles.

Interestingly, the teams will be allocated just two sets of hard and three sets of soft compound tyres to use throughout qualifying and the four races.

While it is a requirement that both compounds are used in Races 2, 3 and 4, teams will be free to choose between using softs or hards during Thursday’s qualifying session and Friday’s qualifying race. 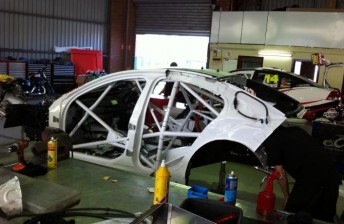 According to Team BOC’s Jason Bright, the freedom of choice for the qualifying race in particular will add greatly to the intrigue of the weekend.

“It’ll be interesting to see what sort of strategies go into the event,” Bright told Speedcafe.com.

“Those towards the front might be tempted to try and set themselves up for a really good weekend by doing the first race on hard tyres, but that could end up biting them as well. There’s no doubt the format will mix things up.”

Team BOC will be one of many outfits running development components at Albert Park this weekend. The event has taken on extra importance this year after rain hampered the official pre-season test at Sandown, as well as private tests at both Winton and Queensland Raceway last month.

The #8 Commodore car has been rebuilt following its Turn 8 shunt in Adelaide two weeks ago, with the team performing a precautionary rear-rail replacement prior to Albert Park.

Bright meanwhile says that the shoulder injury he sustained in the incident isn’t expected to cause any future discomfort.