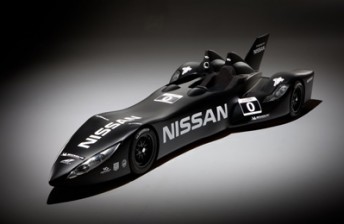 The DeltaWing experimental sportscar will be powered by Nissan, it has been revealed.

Nissan has joined the ambitious project as a partner that will see the Japanese giant use its 1.6-litre DIG-T (Direct Injection Gasoline – Turbocharged) engine technology.

The radical motorsport project, set to make its racing debut at this year’s 24 Hours of Le Mans, will be known as the Nissan DeltaWing.

Nissan will provide the power to the DeltaWing through a 1.6-litre direct injection turbocharged engine, badged after the its DIG-T technology.

The 300bhp engine has already had its maiden run in the car during a shakedown at Buttonwillow in California. Marino Franchitti tested the car, while long-time Nissan factory driver Michael Krumm has been confirmed as one of the team’s Le Mans drivers.

Andy Palmer, Executive Vice President, Nissan Motor Company says that the DeltaWing could be the first step in the future of road and racing cars. 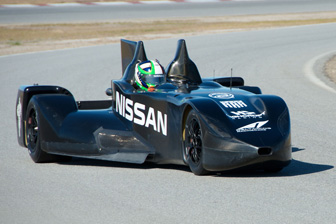 The DeltaWing in California

“As motor racing rulebooks have become tighter over time, racing cars look more and more similar and the technology used has had less and less relevance to road car development,” Palmer said.

“Nissan DeltaWing aims to change that and we were an obvious choice to become part of the project.

“But this is just the start of our involvement. Nissan DeltaWing embodies a vast number of highly-innovative ideas that we can learn from. At the same time, our engineering resources and commitment to fuel efficiency leadership via our PureDrive strategy will help develop DeltaWing into a testbed of innovation for Nissan.

“This announcement gives Nissan the opportunity to become part of a ground-breaking motorsport project and one which could shape the future of the sport.”

The DeltaWing will get its first public demonstration during this week’s Sebring 12 Hours event.

See below for video of the car’s first test.