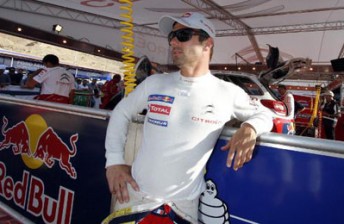 Citroen’s Sebastien Loeb has secured victory after an action-packed final day of Rally Mexico – Round 3 of the World Rally Championship.

Loeb performed faultlessly all weekend to be crowned the winner by 42.4s over team-mate Mikko Hirvonen. It is the Freenchman’s sixth consecutive Rally Mexico win.

“I feel very happy it has been a long weekend with a lot of tough stages and we’ve had a big battle with Mikko but finally we are here and for the sixth time and it feels really great,” said Loeb.

“Today we just tried to stay focused on the long stage but for me day 2 was the toughest day and you really needed to concentrate on the long and twisty Otates stage.

“The feeling with the car was very good and we had no problems at all and this was the key to the success of the team here in Mexico.”

Petter Solberg picked up his second podium finish of the year by wrapping up Rally Mexico in third but the same couldn’t be said for Ford World Rally Team partner Jari-Matti Latvala who rolled out of podium contention on this morning’s monstrous Guanajuatito test.

While Latvala did make it the end of the stage and continued to drive to the next test, he was quickly stopped by the WRC’s governing body the FIA who deemed his car unfit for competition with damage to the roll cage of his Ford Fiesta RS WRC.

Solberg also cleaned up on the Power Stage taking three championship points for his fastest time with Loeb scoring two points and Mads Ostberg one when he came through third quickest over the 5.46km test.

This promoted young Norwegian star Ostberg to fourth as he continues to impress on the world stage with yet another faultless run throughout the event.

Heading home in fifth was the young M-Sport apprentice Ott Tanak who, despite two punctures on the demanding Mexican stages, was able to fight back and almost claimed fourth after falling just 11.1s short by rally end.

Citroen junior Thierry Neuville threw down a big lap to go fastest on the final run through the Leon Autodromo Super Special for his first ever WRC stage win however after retiring from Day 1 finished 13th overall for the rally.

Australian Chris Atkinson had restarted for the Monster World Rally Team this morning after damaging his car on Saturday’s stages, only to have a broken damper 1km into the second stage of the day ruin his hopes. He retired from his comeback event.

“The front left damper lost all its oil and I had to pull out,” said Atkinson.

“We finally had the car figured out and went second quickest on the first test this morning only to have this happen. It’s really frustrating and I’m disappointed because I have received so much support from back home and I really wanted to do well here for my fans.”

Round 4 of the World Rally Championship takes crews back across the equator for the Vodafone Rally de Portugal, March 29-April 1