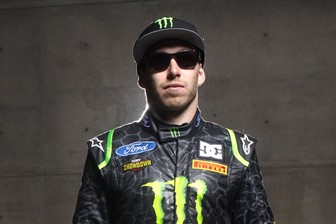 Chris Atkinson will compete in an Indian-run Skoda in this year’s FIA Asia Pacific Rally Championship.

Atkinson will drive for the MRF team in a Skoda Fabia S2000, co-driven by regular wingman Stefan Prevot.

The Australian, regarded as Australia’s most successful rally driver, will compete in the Asia Pacific Championship in the team’s second car, with the other car to be driven by regular team driver Guarav Gill of India.

The MRF team, based in Chennai, India, has signed Atkinson to drive a Skoda Fabia S2000 to rival the Malaysian Proton factory squad, for which the 32-year-old competed over the past two seasons.

The drive guarantees Atkinson a full season of rally competition, while he remains hopeful of picking up more World Rally appearances driving a Ford Fiesta RS WRC alongside Ken Block.

CLICK HERE for the first images of Atkinson’s Monster/Ford livery.

“Atkinson, with an aggressive attitude and (as) a highly-rated professional with vast experience in the diverse terrain of the APRC, is the right choice for MRF’s quest for the title, as he has also been driving the Proton S2000 for the past two years,” he said.

Stay tuned to Speedcafe.com for updates from this weekend’s WRC round in Mexico.