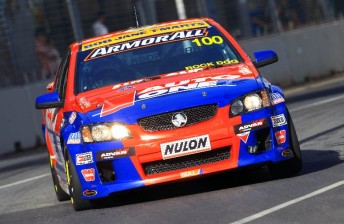 Warren Luff drove the Auto One Wildcard entry in Adelaide

Veteran Tasmanian driver Greg Crick will make his Auto One V8 Ute Series debut at Symmons Plains at the end of the month, driving the category’s Wildcard entry.

Crick regularly drives a Dodge Viper in the Australian GT Championship, and has a long motorsport history that includes stints in V8 Supercars, Sports Sedans and tarmac rallying.

The 57-year-old will test the Williams Racetech-run Holden SS Ute at Baskerville prior to the Symmons event, and says he’s looking forward to putting in a competitive showing.

“I’m going to try and get the feel of the ute nice and quickly, so I can have a good crack on the weekend,” said Crick.

“I’ve raced at Symmons a fair few times over the years and I’m hoping that home-track advantage with work in my favour. 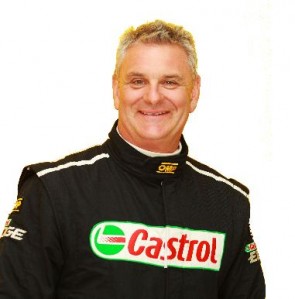 “I’m under no assumption that it will be easy. The guys that drive them are all very competitive and very good drivers, even though they are a little wild around the edges at times.”

Crick will be the 10th driver to step behind the wheel of the #100 Auto One Wildcard Ute since it was introduced last year.