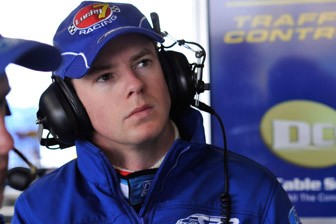 Carrera Cup ace Daniel Gaunt has been confirmed as the lead driver of the Tasman Motorsports outfit that will join New Zealand’s V8 SuperTourer class later this year.

Tasman is one of four new teams expected to join the championship in time for the fourth and final sprint round of the season at Hampton Downs.

The Steve Horne run team has previous experience in America, where it operated a CART outfit between 1995 and 1998.

“I’ve driven a V8 SuperTourer and it’s a lot like a GT car or a Carrera Cup Porsche which I’m used to driving already,” said Gaunt.

“I’ll be looking for some strong performances once we get underway with our championship.”

Horne, who has previously stated plans to enter two cars from 2013, says that his next task is to secure a co-driver for the three endurance races that will end the inagurual SuperTourers season.

“Because of the very large interest in V8 SuperTourers internationally, my phone has been ringing off the hook,” said Horne.

“I’m talking to a number of drivers from around the world to partner Daniel in the endurance races.”

The next round of the V8 SuperTourers will take place at Powerbuilt Raceway, Ruapuna, on April 7-8.