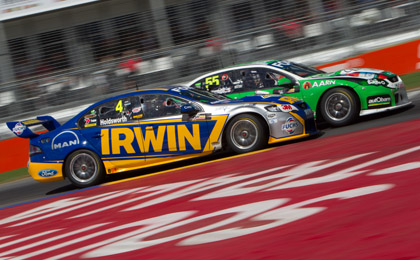 Ford will not rush the decision on how it will spend its sponsorship money in V8 Supercars for 2013 and beyond.

With its rivals Holden and new player Nissan already announcing their plans, the focus is now on Ford to see how, and where, it distributes its support.

While it is expected that FPR will retain its status as the factory team and, in term, collect the majority of the Ford funding, questions remain over how Ford will deal with its other teams.

DJR is currently operating on a one-year deal, while this year will mark the end of SBR’s current Ford contract.

TDR’s single car team, which is in its second year of competing with FPR hardware, receives non-monetary support.

Graham Barrie, Ford’s group manager for motorsport sponsorship and events, started in his position just a month ago. Having met with all of the teams racing Fords, Barrie says all matters will be weighed up over the coming months before an announcement is made.

“We’ve got some work ahead of us. Our decision is on the books right now to be reviewed. That’s my first assignment in the job,” Barrie told Speedcafe.com.

“We don’t have a timeline. We want to make the right decision.

“I’ve met all the teams and had dialogue with them and understand where they are at. We’re all keen to move forward.

“This is a crucial decision for us. Motorsport is very much a part of the Ford brand and the Ford heartland. That is certainly something that we’re going to be very focused on and mindful. But there’s no decision yet.”