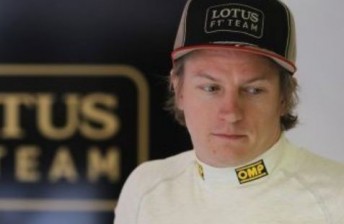 The Lotus team had earlier topped the first and second days of the four-day Barcelona running with Romain Grosjean at the wheel.

Raikkonen set a morning benchmark of 1:22.03s, which would not be eclipsed once all teams began focussing on race runs in the afternoon.

Fernando Alonso was second fastest in the Ferrari, ahead of Bruno Senna, who handed the Williams over to team-mate Pastor Maldonado in the afternoon.

Sebastian Vettel ended the day at the foot of the time sheets, having completed just 23 laps in the updated Red Bull RB8 amid gearbox problems.