Dunlop Series dominator rules himself out of enduros

Dunlop Series dominator rules himself out of enduros 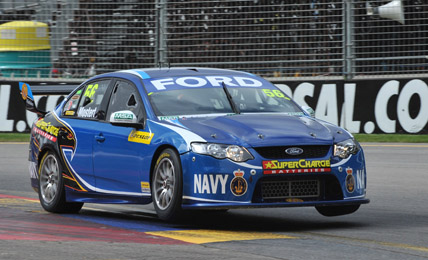 Chaz Mosert on his way to victory yesterday

The 19-year-old delivered a clear, speedy message to his experience rivals in yesterday’s opening Dunlop Series race of 2012, braining the field with a lights-to-flag victory.

Despite the dominant display, the Ford Performance Racing driver has ruled himself out of the endurance races, citing a need to concentrate on his Development Series campaign.

He says that come 2013, he will be ready and, hopefully, within the factory Ford team’s Main Series entries.

“The Development Series is my focus this year. I still have a lot to learn,” he told Speedcafe.com.

“At the moment, I feel like I’m not quite ready for the enduros. They are long races and you have to feel comfortable in the car.

“To go from my FPR car to another team with a different car would be difficult. I’d prefer to sit tight.

“FPR is a great team and at this stage I’d like to be an enduro driver here in years to come.”

For the third year in-a-row, V8 Supercars’ teams will enter the 2012 endurance races under stipulations that each ‘Primary’ driver must remain in their own car. This has placed a far greater emphasis, and higher price, on securing the best co-driver.

While there is still six months before the V8 two-driver are held at Sandown and Bathurst, only few seats remain unaccounted for.

Given Mostert’s outstanding performances in his short V8 Supercars career, he presents as an obvious endurance driver candidate, but he maintains that he is likely to watch from the bench.

“If the opportunity came up, I’d probably do it, but again, at this stage, I don’t feel quite comfortable,” he said.

“I just have to get a bit more experience to these cars. I’m just really happy to be here with FPR.”

The second Dunlop Series race will be held at 1.05pm today.