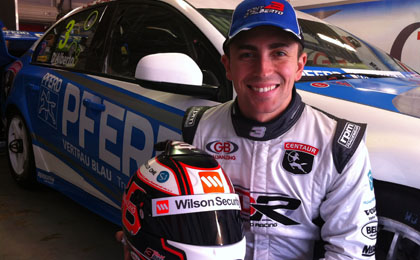 Tony D’Alberto has continued a strong morning for Ford Performance Racing Falcons at the Clipsal 500 by topping Practice 2.

With new tyres not being allocated for practice, D’Alberto’s benchmark time was over 0.5s adrift of that set by FPR young gun Chaz Mostert in the earlier Dunlop Series qualifying session.

Jonathon Webb ended up third after failing to improve his 1:22.58s effort during the second half of the session.

Wall scraped the concrete at the exit of Turn 6 late in the session, causing minor damage to the left-hand side of the Wilson Security Racing Commodore.

Lucas Dumbrell Motorsport’s Commodore made its first on-track appearance of the day in Practice 2, with Taz Douglas completing six laps following mechanical issues that kept the car from the circuit this morning.

The full V8 Supercars Championship field will hit the track for the first time when Practice 3 gets underway at 1210 local time.