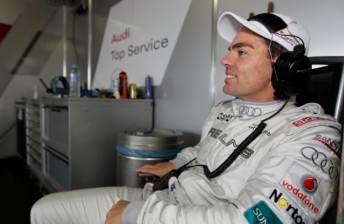 TeamVodafone V8 Supercars star Craig Lowndes is closing on a return to the Nurburgring’s Nordschleife this year as he continues to pursue his overseas racing ambitions with Audi.

Last weekend saw Lowndes compete for the German manufacturer in the Armor All Bathurst 12 Hour for the second consecutive year.

The five-time Bathurst 1000 winner attempted a VLN series event at the Nurburgring last June, but crashed out of the weekend during practice.

While this year’s Nurburgring 24 Hour clashes with the Phillip Island round of the V8 Supercars Championship, Lowndes says he hopes to at least use 2012 to classify himself for a potential future start in the race.

The 2012 VLN schedule contains 11 races, with only three of those clashing directly with V8 Supercars events.

“We’d love to go back this year and do a VLN race so that we can classify for the 24 Hour,” Lowndes told Speedcafe.com.

“We know we can’t do the 24 Hour this year because it clashes, but that doesn’t stop me doing a VLN race and at least classifying, which will then give me five years grace to go back. 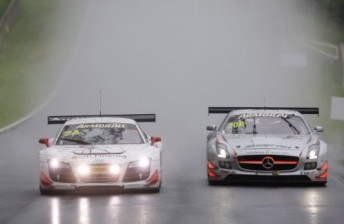 “That’s definitely the intention this year to try and do that.”

Yesterday saw confirmation that Lowndes will continue in the V8 Supercars Championship with TeamVodafone for a further three seasons. According to Lowndes, the new deal will not change his ability to pursue outside racing activities.

“The flexibility that Roland has given me in the last few years has been fantastic, and I’m looking forward to that continuing,” said Lowndes.

“Obviously I firstly ask and get everything approved by the team, and so far they’ve been behind everything that I’ve done, and the second thing is trying to find the money to do it. It’s great to be able to experience different cars and different teams.”

Speaking specifically of his V8 Supercars program, Lowndes says that he must now ‘pay back’ TeamVodafone for the commitment they have made to him.

“It’s a good indication that the team still has faith in me. I’m really looking forward to continuing on the success and the performance that we’ve had,” said Lowndes.

“I’ve got to make sure that we can continue that performance on beyond this year, and that’s something that I’m really focussed on. The team have given me a great opportunity to continue, and we’ve just got to try and pay them back the best we can.”