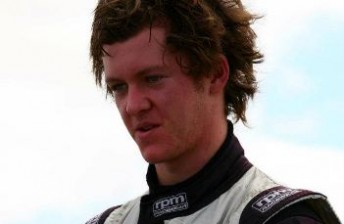 Cottrell has completed a late deal with R-Tek Motorsport that will see the local driver race in F3 for the weekend, in addition to his ARC efforts.

The deal has been completed with backing from South Australian businessman James Rosenberg, who owns the Racing Entitlements Contract that Tim Slade competes under in the V8 Supercars Championship.

“It’s going to be a big weekend,” said Cottrell of his double-duties.

“I’ll be racing in the Aussie Racing Cars with my team but the chance to get behind the wheel of an F3 car on the Adelaide streets is fantastic.

“I’ve had two days behind the wheel of the car at Mallala and I feel very comfortable in the car so it’s going to be a great experience.

“Ian Richards from R-Tek Motorsport and James Rosenberg have been very supportive in putting this deal together and the team will be announcing some partners across this weekend to set us up for the remainder of the year.”