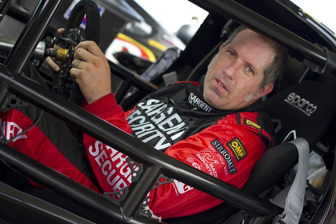 Paul Morris will compete in a Aston Martin DBRS 9 in the Australian GT Championship, protected by Sargent Security this year.

Morris, who recently downsized his own V8 Supercars operation, will race the Tony Quinn-owned Aston Martin with backing from Sargent Security.

The Aston Martin is to be updated and prepared at Paul Morris Motorsports with technical support from Quinn’s VIP Petfoods Racing.

“They are a great class of car to drive for sure. The last time I raced something similar was a GTP Mustang at the 2008 Daytona 24 Hour.

“I have raced against quite a few of the other competitors in the championship and have a lot of respect for them. They really are dedicated racers in seriously fast cars.” 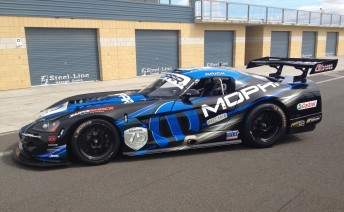 In other Australian GT news, Greg Crick has revealed the look of his 2012 Dodge Viper. The blue and black car will compete with Mopar backing.

Crick says that a number of technical boosts for his Viper will help him in his quest for the title.

“Changes to the Jeep Dodge Viper’s engine has given us around 80 extra horsepower and add that to the aero package which includes underbody aids and a new rear wing, I think will make us very competitive in the series,” Crick said.

“The Viper’s sharp new 2012 livery celebrates Mopar’s 75th anniversary of Chrysler’s parts and performance brand and I could not think of a better way to mark the occasion by winning the championship for them in 2012.”

Over 25 Australian GT cars will line-up for the first round of the championship, to be held at the Clipsal 500, Adelaide this weekend.