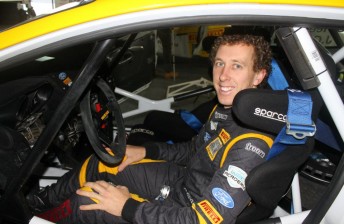 Brendan Reeves will be back on the WRC Academy stage

The Academy, a one-make series promoted by M-Sport, which runs the Ford World Rally Team, will again consist of six rounds in Europe.

Reeves and co-driving sister Rhianon Smyth competed in the inaugural WRC Academy in 2011 after winning the Pirelli Star Driver Shootout in Spain in late 2010. The win gave them a fully-funded drive in the 2011 Series, where they finished a creditable fifth outright.

For 2012 no scholarships were on offer, and Reeves is busy trying to secure in excess of $300,000 to compete. The budget needs to cover the lease of a Ford Fiesta R2 from M-Sport for the six rounds, flights to and from Europe for each event, accommodation, a reconnaissance vehicle, pre-event testing and more.

Reeves has pulled out all stops in order to raise the required funds. The Brendan Reeves Supporters Club is inviting small business and corporate sponsors to join, plus the introduction of roof signage on his Fiesta. For just $500, businesses or individuals can buy space on the roof of their rally car and feature a name or logo.

With the experience gained last year, Reeves believes he has a good chance of winning the Academy in 2012.

“We’ve worked so hard for this and put everything on the line,” Reeves said.

“Last year was just a taste of what we have to show and this year we are very excited about competing again and will be back bigger and better than ever.

“Being a part of the FIA Young Driver Excellence Academy has really helped me focus on where I need to improve.

“It’s just over a week before I’ll be in England to start preparations for the first event, which is really exciting!”