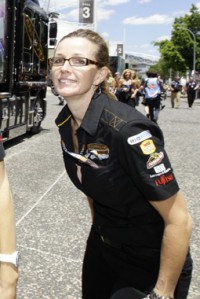 Bronwyn Humphrey has resigned from her senior marketing position at V8 Supercars.

Humphrey held the position of at General Manager, Marketing at V8 Supercars Australia for two years.

Humphrey has resigned due to family reasons.

Her resignation comes just a month after V8 Supercars culled a number of staff as part of a major review of its operations prior to the start of the 2012 season.

A V8 Supercars representative confirmed that Humphrey will manage the transition of her departure over the next month and stated that the parting was amiciable.

Humphrey managed the marketing development of the sport, building a strong relationship with team commercial managers, sponsors and stakeholders.