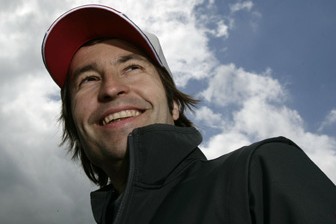 Nine years after last competing at Albert Park, Frentzen will return to the circuit behind the wheel of the championship’s Guest Porsche 911 GT3 Cup car – the first time he will race a Porsche.

Frentzen’s driver is a comeback of sorts. He was slated to compete in last year’s Armor All Gold Coast 600, but pulled out after quitting race driving.

His retirement, as it turns out, will be short lived.

“I have seen footage of the Porsches racing there and it looks as though they are both nimble and powerful enough to be well suited to the track,” said Frentzen.

“I’m looking forward to having some fun out there and being really competitive again.”

Frentzen’s debut came with the Sauber team in the opening round of 1994 and he stayed with the Swiss outfit for the first three seasons of his F1 career.

In 1997, he made the move that turned him into a Grand Prix winner, joining the then-dominant Williams team alongside Jacques Villeneuve. While the French-Canadian went on to win that year’s World Championship, Frentzen finished runner-up and recorded his maiden victory.

Two years later, he joined Jordan and enjoyed a stellar season with two more wins in France and Italy on his way to third place in the drivers’ standings. This was his most successful year in F1, fighting for the World Championship with Jordan until the very last race of the season.

After stints with Prost and Arrows he drove his final F1 season in 2003 back where he started, at Sauber.

Frentzen’s Melbourne record may not include a race win, though in 1997 he led his debut race here for Williams and was challenging for victory when his left front brake disc exploded. Fastest race lap was a minor consolation.

“I have some good memories of Melbourne, although of course I would love to have held on for the win back in `97,” said Frentzen today.

“For a street circuit, Albert Park is fast, flowing and an interesting challenge for the driver. It has always been, and still is, one of the best tracks on the F1 calendar.”

While Frentzen has not yet raced in a Porsche, the German has raced in many forms of motorsport that will have him well equipped to be competitive in Carrera Cup. Frentzen has driven for Opel and Audi in the German touring car championship, DTM, and for Aston Martin in the Le Mans 24 Hour race.

Porsche Cars Australia motorsport manager Jamey Blaikie says that the championship is thrilled that a driver of Frentzen’s stature should come and race in Porsche City Index Carrera Cup Australia.

“Heinz-Harald has extraordinary credentials in motorsport worldwide and vast experience racing at the Albert Park circuit, while his recent participation in several forms of motorsport should see him towards the front in the ultra-competitive Carrera Cup field,” said Blaikie.

“I have no doubt he’ll quickly adapt to the cars. After asking whether he needed to test the car prior to racing, he quipped that if the steering wheel is on the left and the gear stick is on the right, he’ll be fine.

“F1 fans here will have fond memories of his performances, and we can’t wait to see him compete when he gets behind the wheel of the Porsche 911 GT3 Cup car.”

The Porsche City Index Carrera Cup will be one of the main support categories for the Australian Grand Prix, to be held at Albert Park on March 15-18.