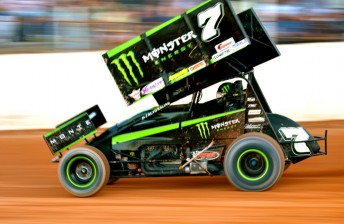 Steven Lines has departed from the Monster Energy Drinks team

The Monster Energy Drinks team made a statement this morning stating the team and Steven sat down and agreed to end it’s partnership in an amicable manner ahead of the final races of the season, including the Krikke Boys Race in Bunbury next month.

“We wish Steve all the best with his racing future,” says Monte Motorsport’s Jeff Grubisa. “Naturally, people may be surprised or disappointed that Steven’s tenure as our driver has come to an end, but we’ve reached the agreement jointly with Steven and we’re releasing him from the arrangement we had in place. This is not an unexpected development for Monte Motorsport.”

Grubisa said that a replacement for Lines would be announced shortly.