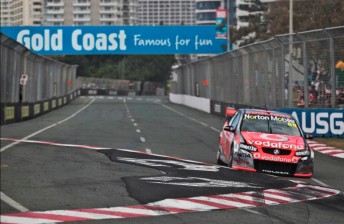 The Queensland Government is currently undertaking a review into the success of the current Armor All Gold Coast 600 format.

The review has been commissioned by Events Queensland, and according to local newspaper The Gold Coast Bulletin, will look at both the “financial and social impact” of the event on the area.

The Surfers Paradise street race has been run as a two-driver V8 Supercars event over the past two years, with international co-drivers introduced in an attempt to retain global exposure.

The Gold Coast Bulletin also reports that the proposed installation of light rail infrastructure on parts of the circuit could prohibit a return to top-level open-wheel racing in the future.