Gilmour to return to F3 with new backer

Gilmour to return to F3 with new backer 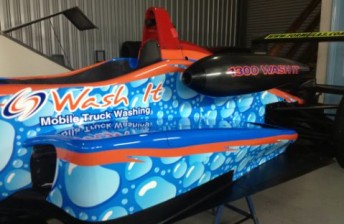 Gilmour's F307 has been wrapped in Wash It colours

Chris Gilmour has confirmed that he will return to the Formula 3 Australian Drivers’ Championship in 2012.

The Queenslander won last year’s championship with his family-run Dallara F307-Mercedes, and will attempt to defend the title with the backing of truck washing company Wash It Australia.

No driver has won two Australian Formula 3 titles since the class was awarded CAMS national championship status in 2001.

Gilmour has released an image of his car’s new look ahead of a full unveil leading into the opening round at next month’s Clipsal 500 Adelaide.

“We won the title last year but things have changed since then and our budget wasn’t looking promising for a title defence.

“Fortunately we have a lot of support and to be able to confirm Wash It Australia as our major partner for the year is a massive boost for us, and All Properties Group will be on board as well.

“The car looks incredible. We’ll take the covers off the full car at Clipsal and show off number one on the car for the first time there”