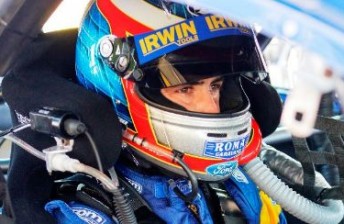 V8 Supercars refugee Alex Davison has confirmed that he will rejoin the Porsche City Index Carrera Cup Australia for the 2012 season, driving with McElrea Racing.

Davison has a long history in Porsches both in Australia and overseas, with the now-32-year-old having won the 2004 Australian Carrera Cup title.

Davison heads back to the all-Porsche class after three seasons driving the Stone Brothers Racing-prepared IRWIN Racing Falcon in the V8 Supercars Championship.

“The championship is competitive and I know a lot of the guys at McElrea Racing so I will find it quite easy fitting into the team.

“The test went great. I needed to adjust my driving style from the V8 Supercars to the Porsche, but it was relatively easy to quickly adapt back to the required driving style.

“I’ve done enough racing in Porsches in the past to be battling for race wins immediately. However, it’s a long year so I won’t be panicking if I’m not winning straight away.”

Davison took a career best 11th in the 2011 V8 Supercars Championship, and says hoping to use the Carrera Cup as a spring board back into the touring car series.

“My ultimate goal is to get back into V8 Supercars,” said Davison.

“Racing in V8 Supercars full-time wasn’t an option in 2012 and it was important to be racing something full-time this year,” said Davison.

“Carrera Cup offers sponsors great exposure and, if I wasn’t driving V8 Supercars, I wanted to be driving something enjoyable.”

Davison will step back behind the wheel of a V8 Supercar in this year’s endurance races, where he is expected to partner James Moffat in the #18 Team Norton DJR Falcon.